This new game from RTG invites players to venture into the realm of the fierce treasure dragon Fucanglong – he is ready and waiting to bring them. You can read all about it on the Golden Euro Blog!

This game comes with an Introductory Bonus Promotion, which will be available at Golden Euro Casino:

Free-Spins on top of a 100% up to €100 Deposit Bonus
Coupon Code: FUCANGLONG
valid until 31st January

Fucanglong is the ancient treasure dragon of Chinese mythology, and is the star of Real Time Gaming’s stunning new All Ways Pays slot!

Scattered Dragon Pearls trigger a free game feature with a Pearl hiding a win value that is revealed after 8 free games have finished. If the win from the free games has not reached the Pearl number then The Fucanglong Feature is triggered!

Extra free games are then played until the total feature win reaches the Pearl value, but on each extra game the Pearl value increases, allowing for a truly Fucanglong feature! During the Fucanglong Feature the Wild Dragons expand to cover their reel! 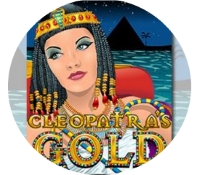 Not long to go and we have a chance to meet. Please do get in touch via email to arrange a meeting at the conference center or anywhere in and around London during your stay as we are not exhibiting!